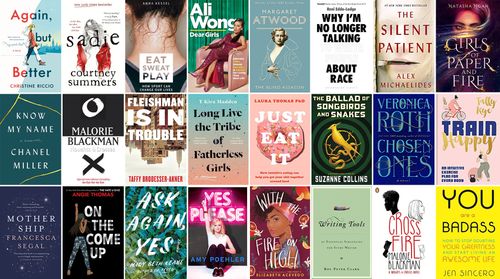 Every year since 2016, I’ve joined in with the Goodreads Reading Challenge - this year, I’ve set myself a target of 24 books to complete, averaging 2 per month. I finished 23 last year, so it’s not out of the question, but I have to admit, I’ve not got off to a flying start.

Earlier in January, I finished ‘The Testaments’ by Margaret Atwood. I’ve got a newfound love for Ms Atwood and this book didn’t disappoint, with an ending that was as ambiguous as the first instalment of the Handmaid’s Tale, but far more satisfying. Without going into too much detail, it’s very accessible for fans of the TV show (even if you haven’t read the book the show is based on); if you’ve neither seen it, nor read the book, I recommend doing at least one or the other - preferably both - or it won’t make much sense. Either way, you're in for a tense and timely ride.

I’d put off starting the next book in my list for a while after finishing The Testaments. The book in question is ‘Exhalation’ by Ted Chiang, author of ‘Story of Your Life,’ which the film, Arrival, was based on. Ted is rumoured as an author who takes a painstakingly long time over his books, creating incredibly deep and soulful tomes, which, I'll admit is a little intimidating. Even so, I was genuinely excited to get stuck into his reportedly beautiful writing and I’m glad I did. A series of short stories, Exhalation addresses various aspects of the meaning of life and what our purpose is through unique characters and perspectives. Some focus on technology, others theology and time travel; but all are elegant, thoughtfully composed and fantastical. If you’re on the lookout for an existential (without blowing your mind) read, this is one for you.

I read quite a lot of young adult fiction, despite no longer being able to classify myself in that bracket. There are some really amazing writers within the genre and I'd encourage anyone to give them a go, regardless of age.

If you haven’t read Angie Thomas’ ‘The Hate U Give’ yet, what are you waiting for? It’s an incredibly powerful insight into police brutality, injustice and racial profiling - focusing on Starr, a 16 year old girl, caught in the middle of her working-class background and her friends at a fancy prep school, after witnessing her best friend's murder, as she finds her courage and speaks out for her brother, her family and her community. The film is equally good and I don’t feel it received enough attention when it came out. Do yourself a favour and read/watch both (although, start with the book first!). Angie's new book, ‘On the Come Up’ came out in 2019 and it’s been on my radar ever since.

Recently, I found out that Hunger Games author, Suzanne Collins, is going to be releasing a prequel to her most famous series, called ‘The Ballad of Songbirds and Snakes.’ It follows Coriolanus (what a name!) Snow before he became President of Panem, so I'm curious to find out where the author takes this plot line. Will it live up to the unputdownable trilogy? I'm not sure, but here's hoping...

One of my favourite authors, Veronica Roth (‘Divergent’ / ‘Carve the Mark’), has penned a new book that’s due for release in just over a month's time. Titled ‘Chosen Ones,’ it follows a group of heroes that saved the world when they were teenagers, but have had difficult issues to deal with in their personal lives ever since. I've loved all of Veronica's books so far and can't wait to read this, her first foray into adult fiction.

I've also been encouraging myself to branch out and pick up books I wouldn't normally be drawn to. ‘Fleishman is in Trouble’ by Taffy Brodesser-Akner caught my eye in the bookstore a little while back, and I've since seen it mentioned by a few book-loving Instagrammers I follow. With a plot that sounds vaguely reminiscent of Netflix's The Stranger, I hope it will live up to hype.

I’m keenly aware that fitness, self-care and wellness are having a moment right now. Having struggled with self-esteem and body issues since my teenage years, I feel I’ve come to some sort of acceptance with how my body looks and works, with the odd moment of crisis thrown in for good measure. However, I was very happy to discover an alternative movement that throws off the awful diet culture that's been rife for decades. Instead of telling people (usually women) to lose weight or fit in a certain size to conform to society's idea of “healthy” or “beautiful,” this new way of thinking was created to provide a more positive mindset: it encourages you to move because it makes you feel happy, eat intuitively for your body’s needs and wants, and learn to love yourself for who you are as a person, rather than what you look like or do. Having really gotten into the Fit & Fearless podcast by The Girl Gains (of whom Tally Rye is a member), I will probably start with her debut, ‘Train Happy.’

The titles I’ve included in this section cover a wider, more generalised non-fiction group, including a variety of things I’m interested in. Having finished Dr Nikesh Shukla’s compilation of essays on race, ‘The Good Immigrant’, I’ve realised I really want - and more importantly need - to vary the type of writers (and their work) I engage with; so, for starters, I’m going to read Reni Eddo-Lodge’s ‘Why I’m No Longer Talking to White People About Race.’ Please go read the former, if you haven't yet - it’s an eye opener and the writers’ recounted experiences will really make you re-evaluate the way you think and act.

And finally, some very emotionally-charged books I'm pretty sure will have people reaching for the tissues: ‘Know My Name’ is Chanel Miller's memoir of her experiences surrounding her assault by/prosecution of Brock Turner, as well as the - sometimes incredibly detrimental - effects reporting a sexual assault can have on those that went through it. On the opposite end of the spectrum, Francesca Segal's ‘Mother Ship’ looks at giving birth within the care of the NHS, as she recounts the story of her twin girls premature delivery.

This is by no means an exhaustive list, but it gives a good idea of what I’ve got on the horizon. What are your books for 2020? Do you have any favourites you’d like to recommend? I’d love to hear about them. 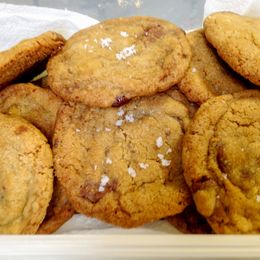 Cooking is a type of therapy

A recipe for lasagne - no longer a disaster 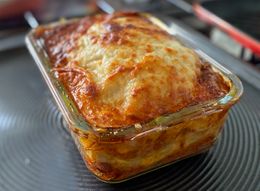